3 Things Every Advertiser Should Know About Gen Z’s Influence

We recently released the results of a study we conducted at NCSolutions in partnership with Snap Inc. to better understand the influence of Generation Z on household purchases. While I always knew this younger generation played a role in their parents’ purchases, the magnitude of their influence surprised me; Gen Z’s impact on their households’ purchase decisions is so great, they might as well be celebrities.

Here are some of the most striking stats we unearthed, based on the measurement of 19 CPG Snapchat advertising campaigns across 32 brands and nearly 4 billion impressions over a one-year period:

We found 63 percent of sales driven by Snapchat advertisements were a result of ads that only reached household influencers (Gen Zers), not the primary household purchasers.

We also found 76 percent of sales driven by Snapchat advertisements were from ads that reached household influencers (Gen Zers) or a combination of primary household purchasers and influencers in the same household.

Advertisers should employ a tailored strategy to reach both household shoppers and the Gen Zers that inhabit and influence that household. Employing these two tactics in tandem is a recipe for success.

Snapchat delivered a 17% higher sales lift than the mobile norm ($2.92 return on ad spend vs $2.50 ROAS). Mobile platforms like Snapchat provide the features, filters and platform that resonate with Gen Z.

This sales lift is proof of the high influence that Gen Z wields on older purchasers. To reach the younger, digitally native influencer, CPG advertisers should incorporate creative designed for a platform and an audience like Snapchat.

For more information on this study, read our press release or contact us.

Our e-book will tell you why 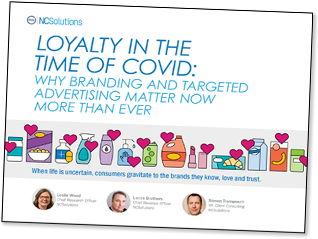 Need a few new plays for advertising during a pandemic?

We have a book full of them