About Us
In constant pursuit of more effective advertising for all media, NCS will continue to raise the bar higher.
Who We Are
Learn how we’re innovating to improve your outcomes.
Careers @ NCS
Looking to transform advertising effectiveness and yourself? Consider your career possibilities.
NSCHEDULE
Find us at the latest events. We can’t wait to meet with you.
Solutions
The smartest play for your ad effectiveness.

Targeting
Activate your best buyers for your best outcomes.

Enablement
Access dynamic purchase insights how you need them.
Insights
Spark Your CPGrowth
Outcomes Matter
Case studies and use cases to inspire
What's In-Store
Blogs about trends and insights for CPG advertising effectiveness
The Goods
Data insights you can use
NCSources
Downloadable e-books and other resources at your fingertips
How Advertising Works
The study of what makes advertising work
In The News
Contact Us

How many rolls of toilet paper do you currently have in your home? We’re willing to bet it’s more than one.

A little over a year ago, the aisles were wiped clean of toilet paper. There wasn’t a square to spare. And it became a competitive sport to source and secure this new commode-ity.

Fascinated by this social phenomenon—that loading up on packs of TP somehow provided Americans comfort during uncertain times—NCS developed a National TP Index at the start of the pandemic. With this index we closely followed toilet paper’s ranking based on daily U.S. dollar sales, out of the 340 CPG categories NCS tracks.

At this point we’ve analyzed and discussed toilet paper more than we’d care to admit. But it’s true that toilet paper became an indicator—a barometer of sorts—of U.S. concern for the pandemic, ebbing and flowing with each phase of the pandemic.

In normal times, toilet paper’s category rank falls between #20 and #30 (though we see dips during Thanksgiving and Christmas when consumers prioritize other products). But on March 11 and 12, 2020 toilet paper jumped to the #1 highest-selling category, meaning out of every product U.S. consumers shop for at the grocery store—milk, bread, produce, and proteins—they spent the most on TP. As news aired about the closing of schools, the NBA season, and more, shoppers stuffed their carts with as many rolls as they could get their hands on. 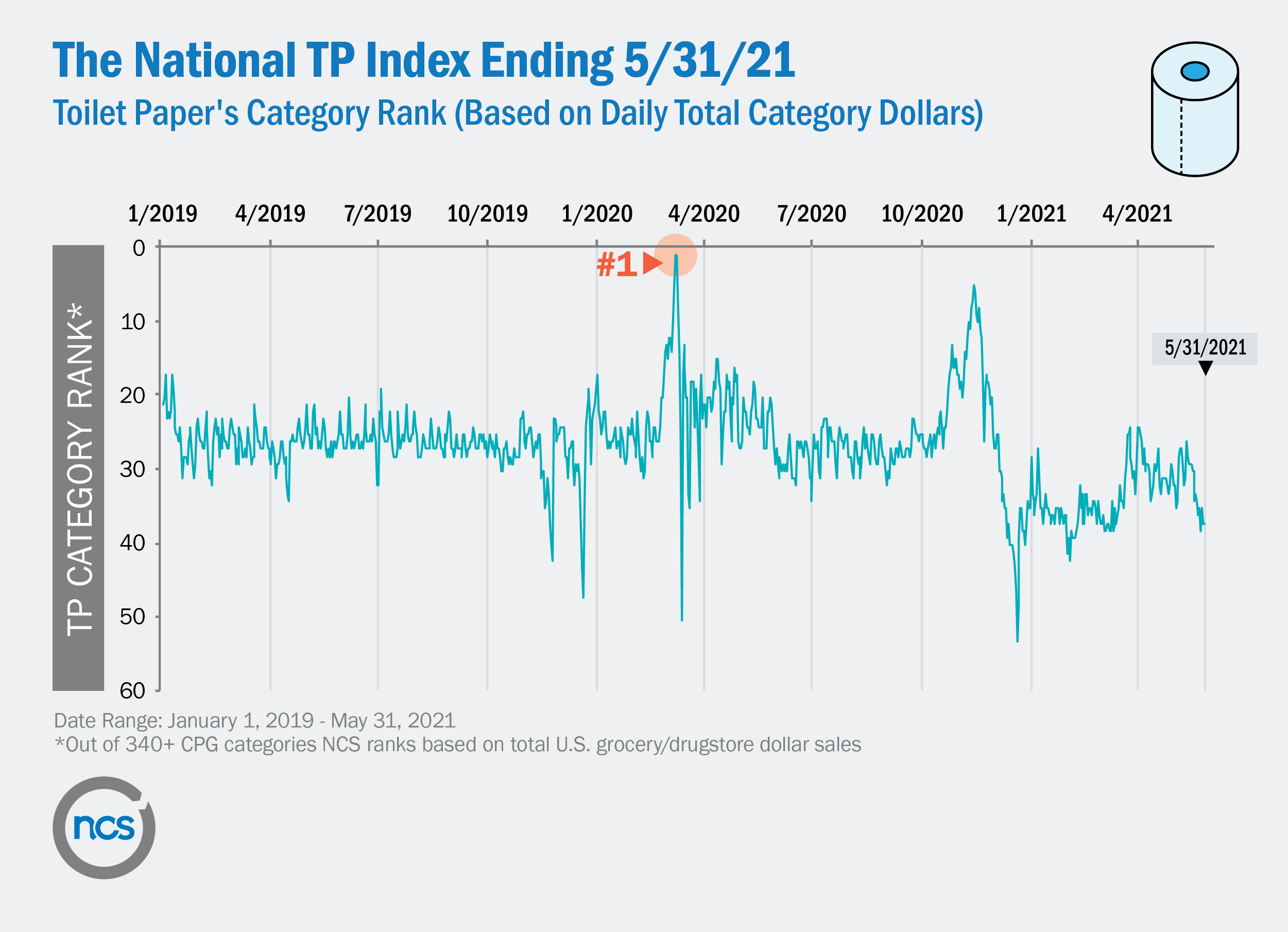 Toilet paper brands responded in their ad creative with a reassuring tone of support and “we’re in this together” messaging. In its Cottonelle ad, for example, Kimberly-Clark encouraged consumers to #ShareASquare to prevent toilet paper hoarding and shortages, assuring customers that they were working hard to get their products back on shelves.

So what’s happened since the early days of the pandemic?

Since Extreme Buying in March 2020, TP has had its ups and downs—tumbling in rank during the summer, and rolling back up as cases rose last fall. After a seasonal holiday dip, toilet paper has more or less returned to its typical rank—back where it belongs in the 30s. We consider this a sign of normalcy. And we celebrate this normalcy—a reflection that consumers are slowly heading back to the office, getting a little more confident about the future that lies ahead, and becoming a little less neurotic about having 48 rolls on hand at all times.

As far as the TP ad scene goes, it’s back to business as usual, with brands like Charmin and Angel Soft emphasizing functional benefits like softness and strength. While we celebrate CPG sales, as far as we’re concerned, we hope that TP never again returns to #1—and that we never have to create another TP Index again.

Interested in how other categories have performed over the last year? Check out our latest e-book. 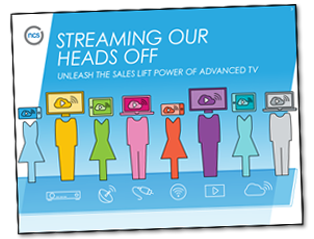 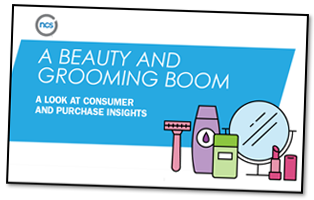 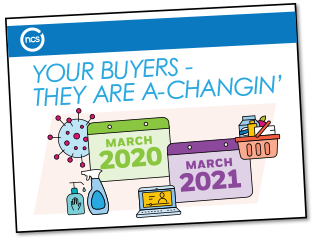